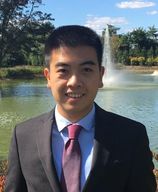 Originally from New York City, Ryan is a freshman in the College of Arts and Sciences studying Philosophy, Political Science, and Economics (PPE). Outside of being a Deputy Blog Manager on PULJ, Ryan is the VP External on UnEarthed Penn, an educational magazine produced for middle and high-school students in West Philadelphia, a member of the Nominations and Elections Committee (NEC) branch of student government, and a member of the Executive Branch of the Marketing Undergraduate Student Establishment (MUSE). In his free time, Ryan enjoys watching sports, trying new restaurants, and eating pineapple.